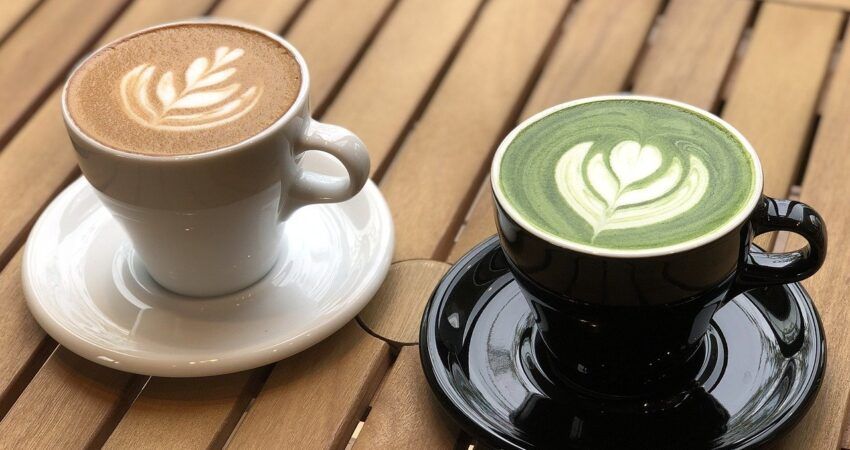 Matcha green tea – why it is worth replacing coffee with it?

You feel tired and sleepy? You suffer from a lack of concentration and have no strength to do anything? Forget the coffee! Matcha green tea will give you an effective stimulation without any side effects. Why else it is worth drinking it? We invite you to read more.

Stress, nervousness, discouragement, irritability, increasing mood swings and… feeling worse and worse are just some of the side effects of a life on the run. We are working more and more and we are increasingly tired. To save ourselves, we drink another and another cup of coffee. We don’t even notice when our favourite “little black coffee” starts to do us harm instead of good.

What if instead of coffee you could use something much healthier and more valuable? A great alternative to the black drink is Japanese Matcha tea. It is a real treasury of health-promoting nutrients that effectively support our body. We are talking about.in. about antioxidants and amino acids. Of course, Matcha also contains caffeine and therefore stimulates just as well as coffee.

Side effects of coffee

Strong coffee is a favourite drink of “morning birds” who start their day with a sunrise. It is aromatic and, when brewed properly, can pamper the taste buds. It is true that it stimulates, but unfortunately it does so only for a while. As long as we only drink one cup of coffee a day, then nothing bad happens. However, if consumed in excess, it can have negative effects on your body.

Too much coffee can contribute to poor sleep quality. Drinking it in the late afternoon will cause insomnia. And that’s not all. Coffee dilates blood vessels, which causes us to lose heat faster and consequently feel cold feet, hands and even shivers.

Coffee dehydrates the body, and drinking it in excess can also lead to the leaching of calcium and magnesium from the body. This can result not only in a weakened body, but also reduced bone density, and thus a higher risk of osteoporosis. Too much coffee in the daily diet can also have a negative impact on the nervous system. This will result in excessive nervousness, feelings of anxiety, frequent headaches.

It is true that coffee improves bowel motility, but this is only beneficial in small amounts. Larger doses can cause diarrhea and aggravate unpleasant symptoms of diseases such as reflux, stomach ulcers or gallstones.

And one more thing – coffee is addictive because it is a psychoactive substance, just like nicotine or heroin! Drinking 3-4 or more cups of “small black” is already a big problem. 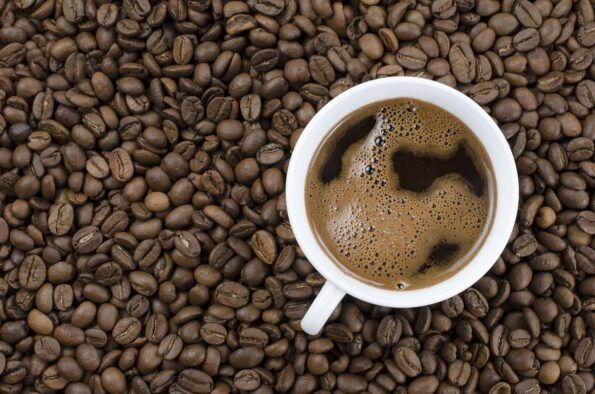 The trend towards healthy food has also led to a boom in matcha tea. It should be emphasized right away that this is not another green tea in leaves or bags, which can be bought in every store. Matcha is a superfood – a product with a concentrated dose of nutrients that contains over 100 times more antioxidants than traditional green tea. It does not come from Japan, as it is usually thought, but from China. It came to Japan via Buddhist monks and it is in the land of the cherry blossom that it is used in the cha-no-yu drinking ceremony. There would be no tea ritual without it.

What is Matcha and how it is made? It is a powdered green tea with a characteristic intense green color. It is produced in small quantities with great care. A few weeks before the harvest, the tea plantation is covered with bamboo mats and thus protected from sunlight, which increases the concentration of chlorophyll – the leaves turn green and produce amino acids.

Interestingly, only the youngest leaves are harvested and then dried. This is how Tencha is made, and only from it is Matcha produced. The dried leaves are ground in stone querns. Two specially shaped stones rotate very slowly to grind the tea into powder. The whole process requires care, which is why grinding the leaves produces only a few dozen grams of tea dust per hour. 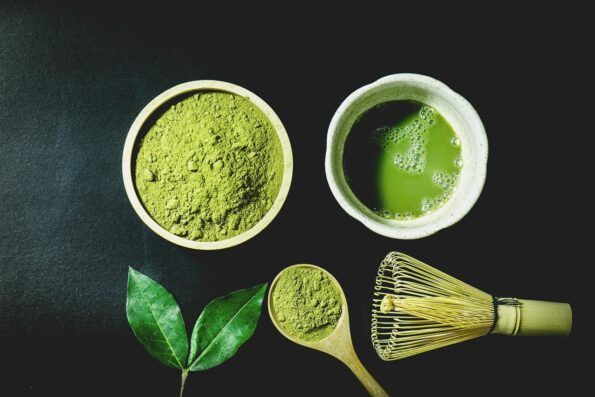 Matcha tea is a phenomenal coffee substitute. Unlike black liquor, it lasts longer and has a different effect on the body. Coffee accelerates blood circulation, increasing oxygen production, hence the rapid awakening and stimulation. Unfortunately this effect is short-lived. Immediately followed by nervousness, irritability and… fatigue returns.

Matcha green tea also contains caffeine. It has an energizing and refreshing effect, gives strength and improves concentration. But what is important is that it does this gradually and thus prevents a sudden drop in energy. It also doesn’t cause the feelings of anxiety that can come after drinking coffee. It stabilizes your mood while keeping your mind clear. The secret is in the L-theanine, an amino acid that reduces tension and lowers blood pressure, while increasing alertness and concentration.

Attention! In order to obtain a stimulating effect, matcha should be brewed for 2-3 minutes. Longer brewing will have the opposite effect. The tea then has a calming and relaxing effect. 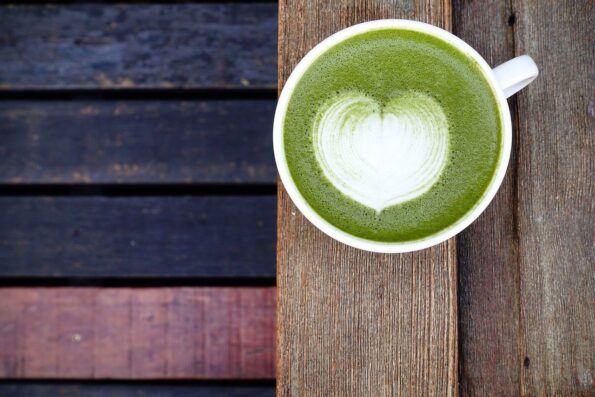 Matcha has positive effects on health

The health benefits of matcha are countless. Green tea is rich in antioxidants and thanks to that it has anti-inflammatory and antiviral properties, it supports the functioning of the circulatory system, slows down ageing, reduces the damage caused by environmental pollution.

Matcha also contains potassium, zinc, calcium, the aforementioned L-theanine to relieve stress and anxiety and combat fatigue, and catechins, which are polyphenolic compounds, specifically flavanols that play a large role in protecting against oxidative stress and inhibit the formation of harmful free radicals.

Matcha tea also contains a large amount of chlorophyll, which makes it antiatherosclerotic, rejuvenating and regenerative for the body. Chlorophyll also helps reduce bad cholesterol in the blood and supports the removal of toxins from the body. Matcha also contains a compound called EGCG (epigallocatechin gallate), which promotes weight loss and stimulates metabolism. 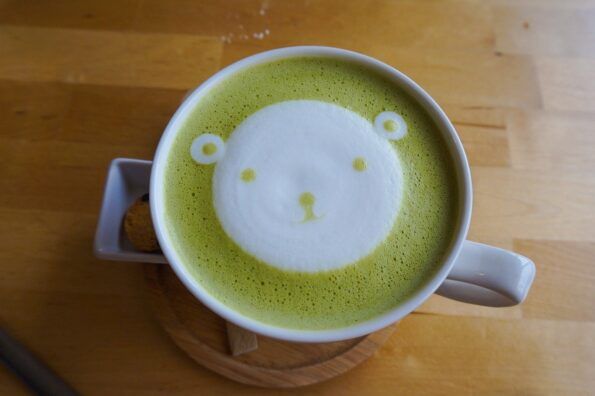 Matcha tea has many followers not only for its health benefits, but also for its taste, which is extremely interesting. Intense – a bit tart on one side, but sweet on the other. You can definitely smell the vegetal notes in it.